The clustering ratio in VIPERS PDR-1 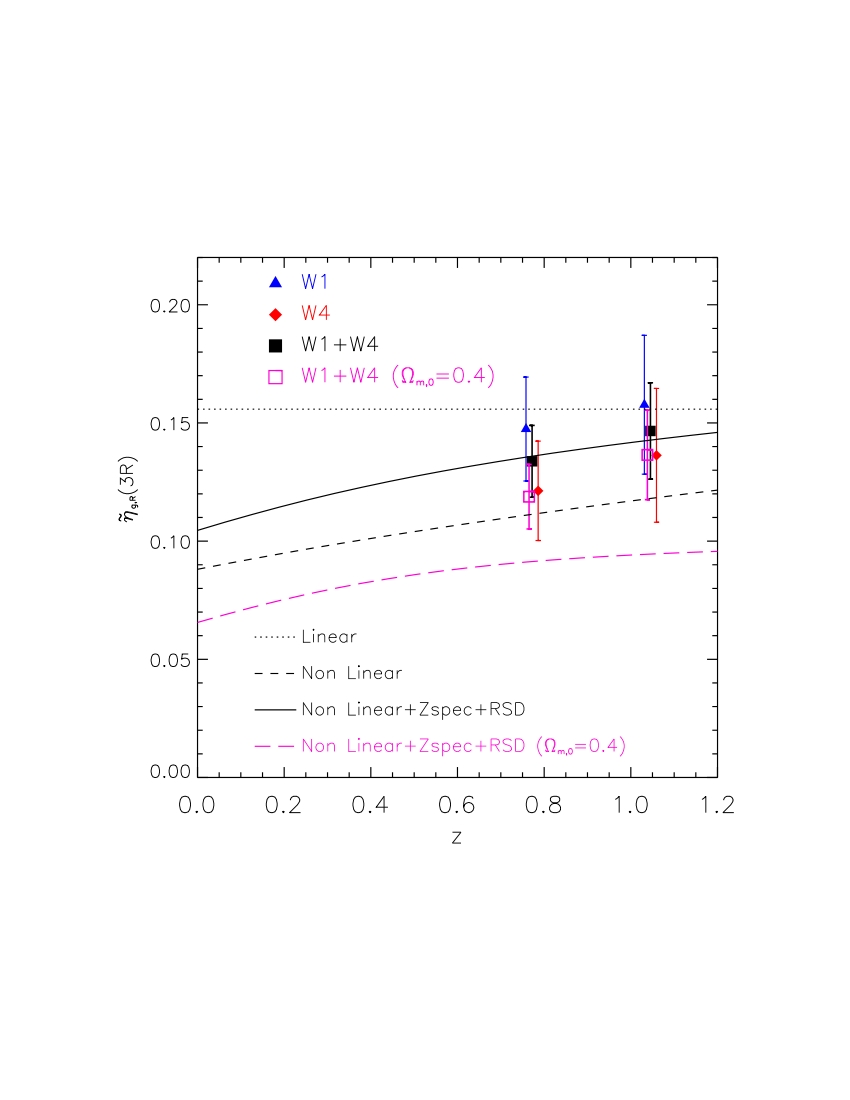 The clustering ratio from VIPERS PDR-1

We analyzed  VIPERS PDR-1 using a  new statistical tool; the clustering ratio of galaxies. This quantity captures most of the information about the power spectrum of matter fluctuations. The great advantage of using it comes from the fact that it is almost insensitive to local non-linear bias and, in the linear regime, does not present any sensitivity to redshift-space distortions. Since it is defined as the ratio between the 2-point correlation function of the smoothed density field and the variance on the corresponding scale we estimate it in VIPERS PDR-1 implementing count-in-cell. After correcting from observational effects such as angular masks, the radial selection function and the redshift errors we estimate it in various flat cosmologies with  a cosmological constant and compared it to the theoretical predictions in order the get constraints on the matter density parameter.