The Darklight team attends the Euclid consortium meeting in Leiden

Last week, members of the Darklight team attended the Euclid consortium meeting in Leiden. It was a gathering of nearly 400 scientists, engineers and industry representatives.

The Euclid space telescope, a medium class ESA mission scheduled for launch in 2019, aims to build an unprecedented map of the universe. 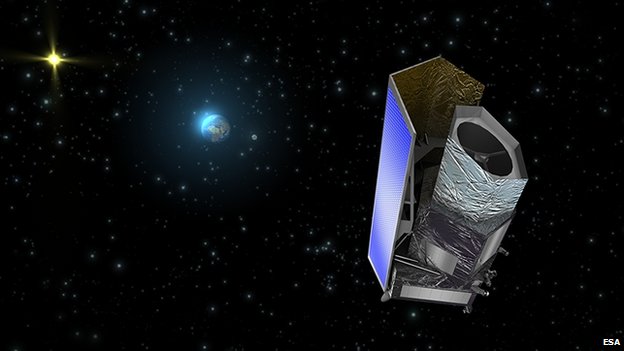 The current cosmological paradigm is built from applying Einstein’s highly successful theory of general relativity to a universe, which is observed to have started in a hot dense state, and that is currently seen to be expanding at an accelerating rate. This leads to a model in which the dark energy, driving the accelerated expansion of the universe is accounted for by a cosmological constant and the structure in the universe is dominated by a mysterious type of cold dark matter.

The primary objective of the Euclid mission is to answer the key questions being asked by cosmologists today: Does the cosmological constant suffice to explain the accelerated expansion of the universe, or does the behaviour of dark energy change over time, requiring a more sophisticated theory? Do we need to abandon general relativity in favour of a new modified theory of gravity? Can we uncover the nature of dark matter? What is the relationship between dark matter and the normal matter in the galaxies we observe?

The instruments onboard Euclid will measure the positions, redshifts and shapes of galaxies. This will enable Euclid to help answer these questions using two complimentary cosmological probes.

Firstly, by looking at the statistics of the positions and redshifts of galaxies we can deduce the distribution of dark matter and the dynamical behaviour of objects growing under gravity. The Baryon Acoustic Oscillation scale is a characteristic clustering scale seen at the earliest visible epoch of the universe in the cosmic microwave background and in the present day clustering of galaxies. By measuring this scale at different redshifts we can use it as a cosmic ruler, tracking the expansion history of the universe. Thus we can detect changes in the way the universe expands over time allowing us to measure how dark energy works.

Furthermore, the information obtained from measuring the motions of galaxies will enable us to map the gravitational growth of cosmic structure. We will therefore be able to see if gravity works the same way in deep space as it does on earth and whether the way in which it works has changed over time.

Secondly, careful study of the apparent shapes of galaxies allow us to detect the subtle bending of the light induced by gravity, an effect called weak gravitational lensing. This effect is very difficult to measure. However, since Euclid will be in space it will provide many thousands of high quality galaxy images. With such data gravitational lensing can be an extremely powerful tool.

The way in which the shapes of galaxies are distorted depends on the distribution of dark matter and on the behaviour of the space through which the light from distant galaxies travels. Therefore, weak gravitational lensing provides scientists with direct information about both the pattern of dark matter structures and about how space has expanded since the light from source galaxies was emitted.

Importantly, Euclid will provide both galaxy clustering and weak lensing information simultaneously across the same area of sky and across the same redshift range. Building a detailed map of the distribution of light and mass in a substantial fraction of the Universe. This is something no experiment is currently capable of.